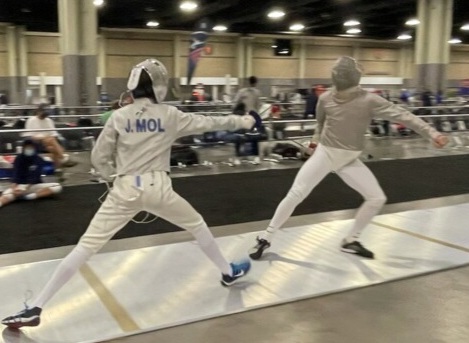 The breakout performance of the weekend was Matthew Chaves in Junior Men’s Saber. Matthew (Junior, Durham Academy) put together and impressive 6-0 performance in the first round and went one to a final 34th place out of over 240 athletes. Matthew’s finish earned him a lot on the Junior National Rolling Points list.