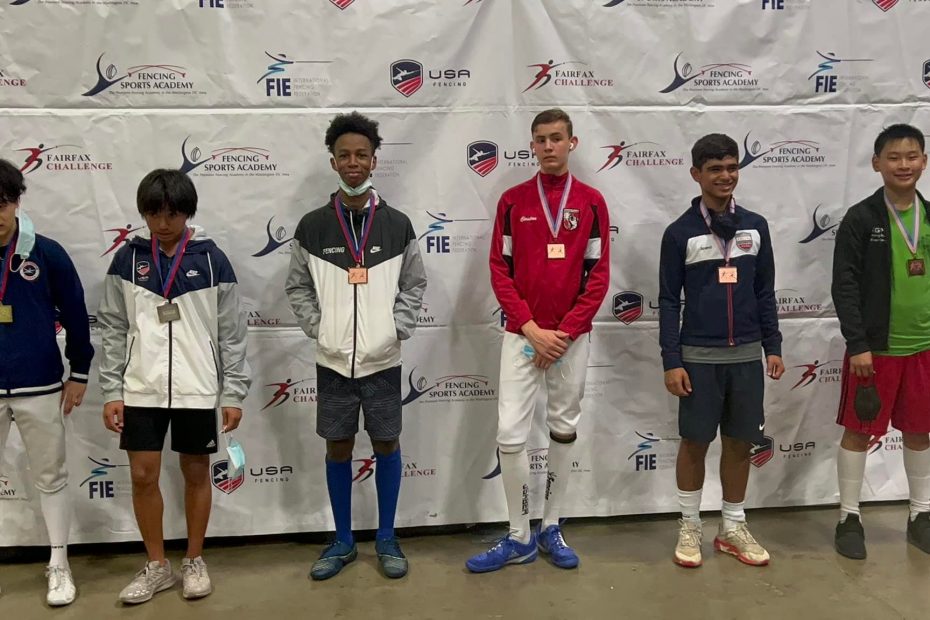 Justin MOL had a breakout result of a top-16 finish in Cadet Men’s Saber.

Yash MEHTA and Caroline WANG competed in their first Super Youth events in Y12 Men’s Saber and in Y14 Women’s Saber. Both fencers won bouts in their pools and gained valuable experience overall.

The Junior Men’s Saber in the direct elimination round had a teammate vs. teammate matchup between Tyson DECK and Spencer MOL in the round of 16 that had Spencer emerging as the winner of a tight match and going on to medal in the event.  Justin MOL and Matthew CHAVES also had strong finishes.

Congratulations to all of these fencers for their final placements in this event.

Special shout out to the entire team who supported each other with tournament preparation tips, strip coaching, and cheering sections.  Many thanks as well to the parents and families who helped to make this event possible for their fencers.