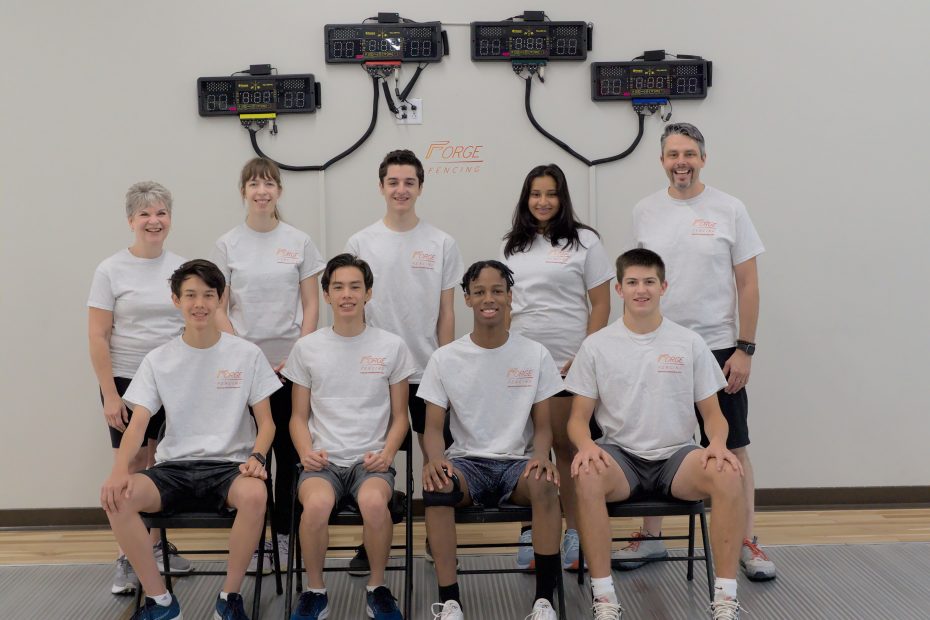 Ten members of Forge Fencing are headed for Minneapolis to compete in USA Fencing’s annual National Championships, the largest fencing tournament in the world. The team has been working hard all season to prepare for this event. Our fencers have been training in Forge’s new facility for the past five months and have been making good use of the space. Here is a highlight of some of our team members who will be competing:

Elina Wunnava, a rising junior at the Durham School of the Arts, last competed at Summer Nationals in 2019 and has been working hard to prepare for the tournament. “I’ve been going to practice 5 times a week, doing strength training with Coach Tre, and went to [Forge’s] high performance camp to prepare for summer nationals.” Elina is competing in Cadet and Junior Women’s Saber.

David Fort has been fencing since he was 9 years old and is getting ready to go to NC State in the fall. He is eager to prove himself on the strip during his last Summer Nationals before college. “My goal is to overcome mental blocks and a fear of failure while I’m fencing.” David is competing in Division 2 and Division 3 Men’s Saber.

Tyson Deck is a rising sophomore at J.D. Clement Early College and has been recovering from a knee injury, but that doesn’t mean that he hasn’t been preparing! “I’ve been resting, going to practice, and working out from home. This will be my second time going to Summer Nationals, and I’m excited to win!” Tyson is competing in Y-14 and Cadet Men’s Saber.

You can follow the live results here or see highlights from our athletes on the Forge Instagram. Good luck to all our fencers!